Sabers and Swords Gigablox from game provider Yggdrasil (in collaboration with Dreamtech Gaming) has been given a worldwide launch date of September 9, 2021. OnlineGamblingPortal.org reviews this game built around the age of chivalry. This theme is reflected in all aspects of the game. Players who win the battle on this video slot can therefore count on royal winning bonuses.

After opening the game you will land on a 6×6 game grid. The minimum bet per spin is $/€0.25 cents, while a maximum of $/€100.00 can be wagered per spin. Swords and Sabres Charge Gigablox contains fifty wine lines.

This also ensures a Return to Player (RTP) percentage that is just above the market average of 96. Sabers and Swords gets a maximum RTP of 96.01 percent from Yggdrasil. 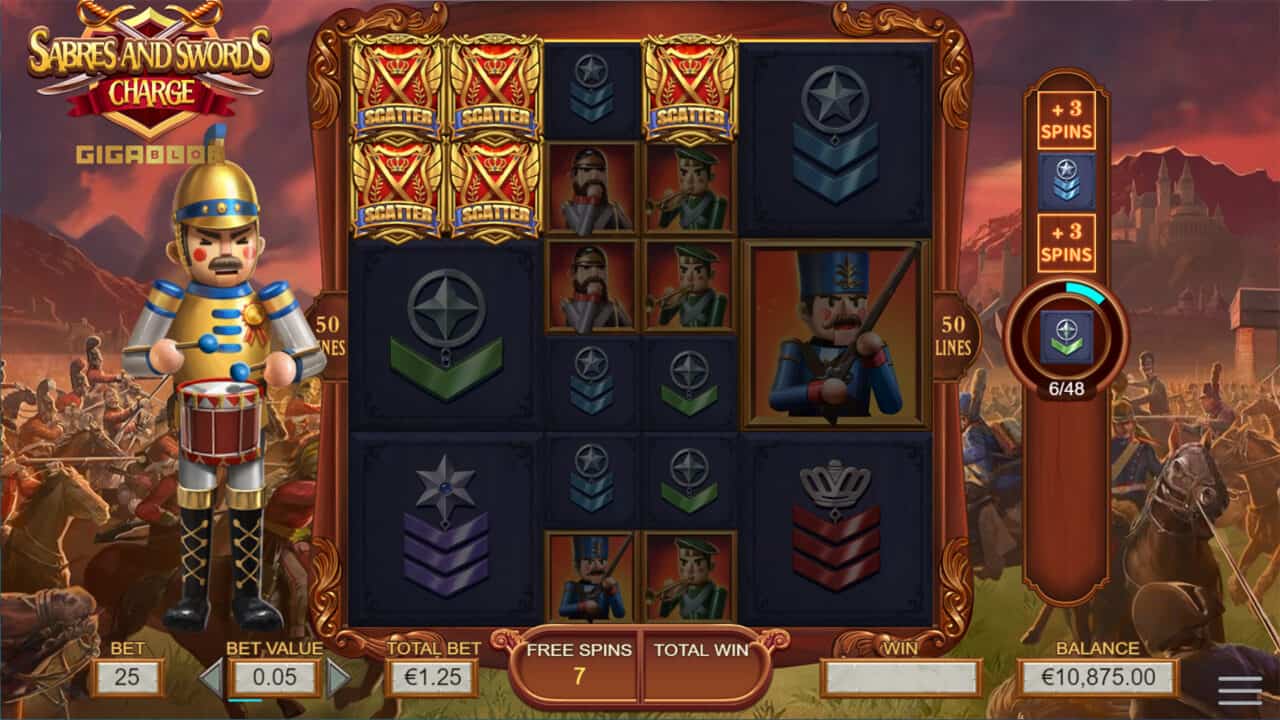 A screenshot of the Swords and Sabers Charge Gigablox slot machine.

Swords and Sabres slot: How does it work?

The essence of the game is already in the name: sabres and swords. It is real knight game with traditional battles between two armed forces. The game roster is therefore set on a battlefield located in an English-looking valley.

Accompanied by a stirring trumpet blast, you spin the reels. If you score the lower symbols, you get some small wins. But if you pick up the Gigablox with high symbols, then it really gets fun. If you spin multiple Gigablox in one spin, you go for the Mega or even Super Win. The showing of those profits is also accompanied by trumpet blasts.

Ultimately, your goal is to win this battle and lead your troops safely to the army camp. Can you do that? Then you have taken advantage of the winning opportunities that this game contains.

Play Swords and Sabres at Wild Tornado Casino and claim your welcome bonus!

When scoring paylines you always look for the highest winnings. Which symbols pay a lot and which pay less?

The lower symbols are the medals of honor in the form of coats of arms with one, two or three blazons. The red shield with a crown will earn you $/€2.00 if you manage to spin six of the same symbols on the grid.

The higher symbols are the Colonel, Trumpeter and the Generals. These yield a maximum of $/€ 8.00. The Wild symbols appear on the reels in the form of a cannon. 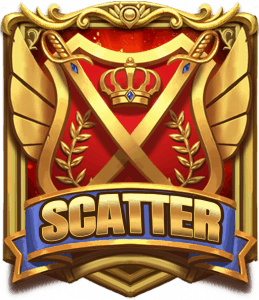 The scatter symbol with which the Free Games of Swords and Sabres Charge Gigablox can be started.

Collecting scatter symbols during the Free Game gives you even more chances in this feature as extra spins are added to the Free Game after each series of scatters.

Achieving a Free Game, the largest GigaBlox role, also involves a multiplier. This is applied when two Gigablox reels of the same size appear on the game grid during a winning spin.

In this game, all symbols (high and low) can land on the grid as a block. Block sizes and rolls are arbitrarily determined by the software and weight tables. If there are no blocks yet, the Gigablox symbols are displayed as one block, after which they are split into 1×1 blocks, each of which can provide wins and paylines. An extra interesting option is that you can also score scatter symbols. 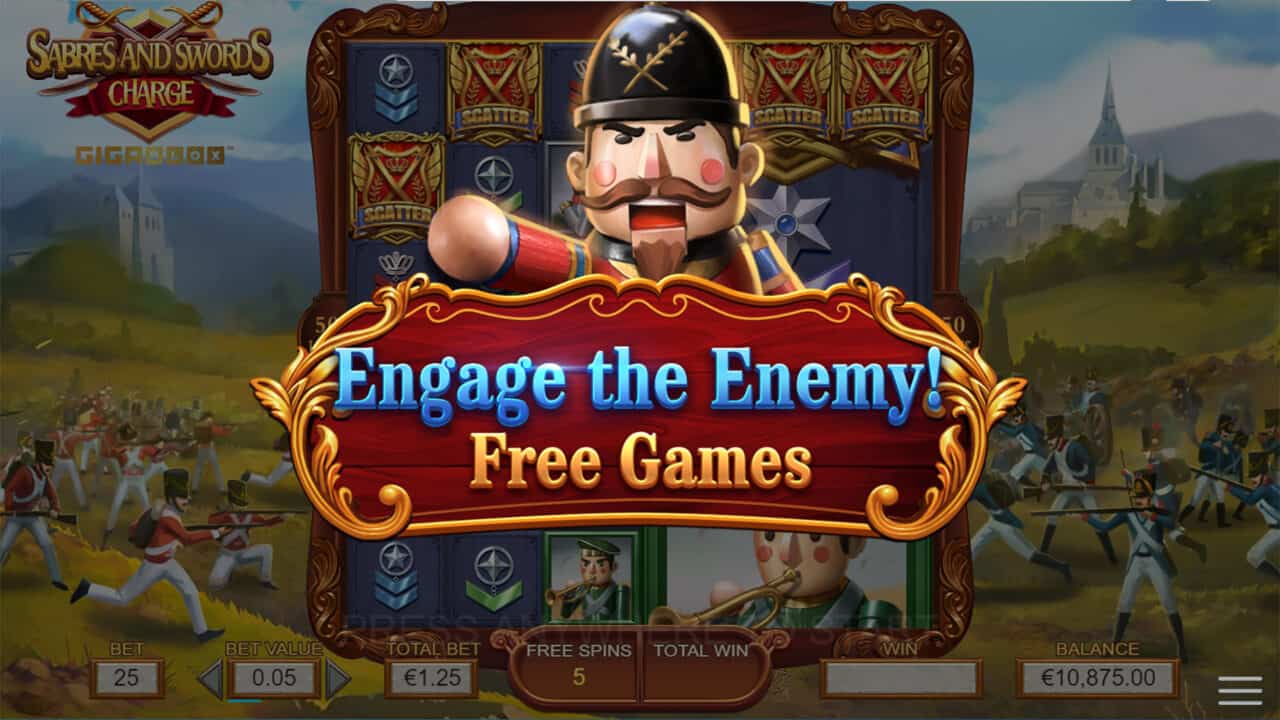 The Free Games are started.

OnlineGamblingPortal rates Swords and Sabres Charge Gigablox with 3 stars. The Gigablox mechanism remains a very interesting principle for high rollers and hobby iGamers. The new one is of course a bit off, but in Sabers and Swords Yggdrasil has again applied the Gigablox principle in a beautiful way.

Thanks to the beautiful design of the game environment and the beautiful matching sound effects, you quickly get into the atmosphere of the historical battles. The primal instinct comes up and as an online gamer this game can fascinate you for a long time. OnlineGamblingPortal recommends playing this game at one of the casinos below.

Online gambling on Sabers and Swords Gigablox is possible at all Yggdrasil and Dreamtech Gaming Casinos. Below you will find a small selection of OGP’s accredited online casinos.

The Gigablox principle means that symbols can land on the grid as blocks. As a result, they sometimes cover one or more roles. This greatly increases the chance of winning. Gigablox are different from cluster symbols because the size of the block is variable.

What is the maximum RTP for Sabers and Swords?

The maximum Return to Player percentage has been set at 96.01 percent by Yggdrasil and Dreamtech Gaming. And that’s a normal, good percentage.

What is the hit frequency?

The chance of hitting the reels while spinning the reels is 19.60 percent. That means that on average one in five spins will give you a winning bonus.