In the review we give you more information about Crystal Quests Frostlands from game provider Thunderkick. In it, iGamers are taken to an ice-cold world full of shiny sparkles that stimulate you to search for hidden treasures. This game launched on April 8, 2021 and has since attracted legions of gamers to the grid of this game. OnlineGamblingPortal.org investigated why.

You play this video slot on a 6×4 grid. Frostlands’ RTP is 96.16%, a return close to the industry average. This game can yield up to x15,000 times your stake, so you can still score hot prizes in icy times. 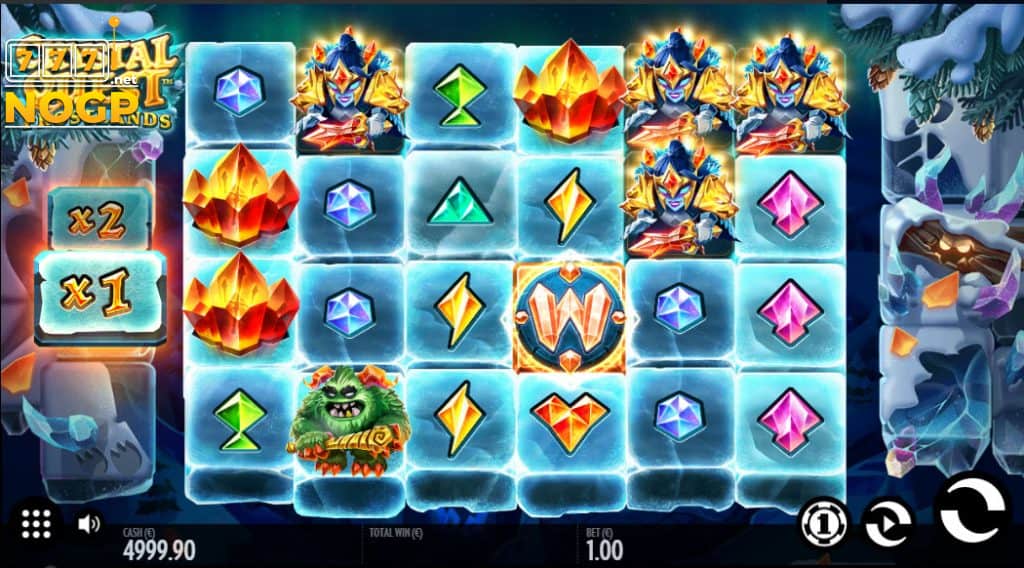 Crystal Quest: Frostlands slot: How Does It Work?

Crystal Quests Frostlands is the third game in a series of fantasy games that Thunderkick is releasing around the icy theme. This game takes place in a frozen landscape, where you have to keep spinning the reels ice cold to score nice winnings. Both graphically and sound-technically, this video slot offers everything you would expect from a top provider such as Thunderkick.

You can also bump into monsters in the snow and cold, which is usually not good news. But in this case it is: because the monster symbol is the wild in Crystal Quests Frostlands.

The reels are surrounded by pine trees with snow and large blocks of ice. The reels are frozen showing monsters, diamonds, crystals, treasure chests and much more. 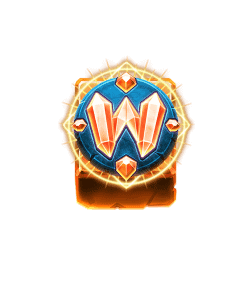 To win you must form combinations with at least 3 identical symbols. This must be on consecutive reels and from the leftmost reel to the right.

The payout symbols begin with a series of lower paying depictions of smaller gems in shades of blue, turquoise, green, yellow, orange and pink. Here you score x0.5 to x0.7 your bet if you spin six of these symbols on the grid.

The more elaborate crystals in blue, green and orange colors, just like Yeti and the Feral Commander, deliver significantly more: six symbols of these ensure a payout of x1 to x5 times your bet.

The letter ‘W’ on a blue icon is the wild symbol, which can only land on reels two through six. As usual, this one replaces all regular payout symbols, while a treasure chest acts as the scatter.

Looking at the features, we notice that you can score nice extra in both the basic and the bonus game. Crystal Quest: Frostlands video slot is one of those games that you always get involved in as it shows both an intense main game and the bonus. The avalanche function adds to the dynamics of the game as icons constantly appear and disappear. Plus, extra chances for prizes come in thanks to Multipliers, Mega Icons and the Free Spins Round.

Avalanche
The Avalanche principle is being applied more and more and here too Thunderkick has put it back in the game: identical icons disappear from the layout and cause an avalanche. Very appropriate in this game environment, of course.

Multipliers
In addition to the Avalanche feature, each payout also increases the Multiplier feature. As long as the feature continues, the multiplier will continue to grow, causing prices to keep getting better and higher. 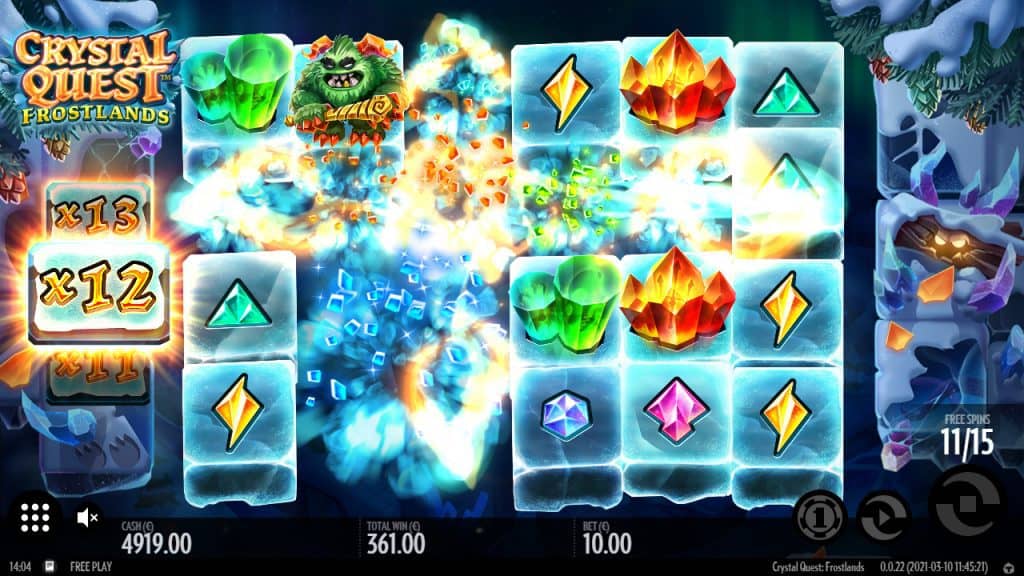 A screenshot where the free spins are activated. 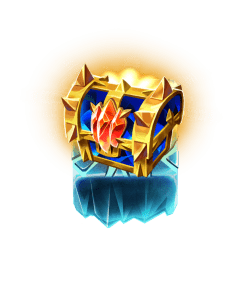 Mega symbols
In some other games, players usually have to wait for a bonus for mega icons to appear. In Crystal Quest: Frostlands, Mega symbols land randomly and reward you with large icons, such as a giant monster. These symbols can only appear at the bottom of the 6×4 grid.

Free Spins
If you spin at least three Scatters symbols on the grid, the free spins start! The number of free spins depends on how many Scatters have started the Feature. With three, four or five Scatters, 12, 15 and 18 free spins are awarded respectively.

What’s extra nice about this is that every free spin that does not yield a win causes a wild explosion that removes symbols connected vertically and horizontally, making room for new symbols on the grid that may form a payline.

OnlineGamblingPortal.org (OGP) gives Crystal Quests Frostlands three stars. The theme is not very detailed and the gameplay differs little from the predecessors in this series. Thunderkick does, however, have a very high basic level with their video slots, making it still a pleasant video slot to play on. Thanks to the winnings in both the basic and bonus game, the game can keep you captivated for a long time and keep filling your bankroll. That is why we award them 3 out of 5 stars.

Does Crystal Quest Frostlands only have one RTP setting?

Thunderkick has generally seen from the current trend to offer slots with a variety of RTP settings, giving Crystal Quest Frostlands only one Return to Player percentage: 96.16 percent.

What does the Avalanche feature mean?

Usually slots have spinning reels that stop at some point to reveal the outcome of the game round, followed by the win evaluation and the start of the next spin. All winning combinations are removed and new avalanche symbols fill the empty spaces, potentially allowing you to win repeatedly in the same game round. A spin sequence ends when there are no more wins and usually the accrued payouts are credited in one amount.

Where can I win the maximum winnings?

The maximum win is x15,000 times your stake and can only be earned during the Free Spins feature. If you achieve this score, that feature also ends immediately: regardless of the number of spins you had left at that moment.

Below three top casinos where you can play Crystal Quests Frostlands safely. OGP has tested these online casinos and fully accredited them.