Max Quest Dead Mans Cove is a concept game that is set to change the way we look at online casino gaming. It is set to revolutionize the online casino industry and take the concept of online gaming to a new level. This game by Betsoft features many prizes, unique gameplay, and fantastic graphics. All of them will keep you entertained for hours.

Max Quest Dead Mans Cove has unique gameplay that is unlike any other casino game. The first thing that you have to do is pick a coin to play. When you start playing the game, you’ll notice that you will have to aim and shoot at the pirates to win prizes. Each shot is guaranteed to hit because if you miss your target, it will hit the nearest enemy.

Every enemy in Max Quest Dead Mans Cove has a defined number of Hit Points or HP. Their HP is reduced by firing and hitting your mark. The damage you do determines the size of your payout – the bigger the damage, the higher the payout.

The player’s cursor acts as an aim. The shots will hit wherever the cursor is pointed. The right-click is used to lock a target, while the left click fires your weapon. Spacebar fires the selected weapon, and left/right arrow keys will cycle through your available weapons. 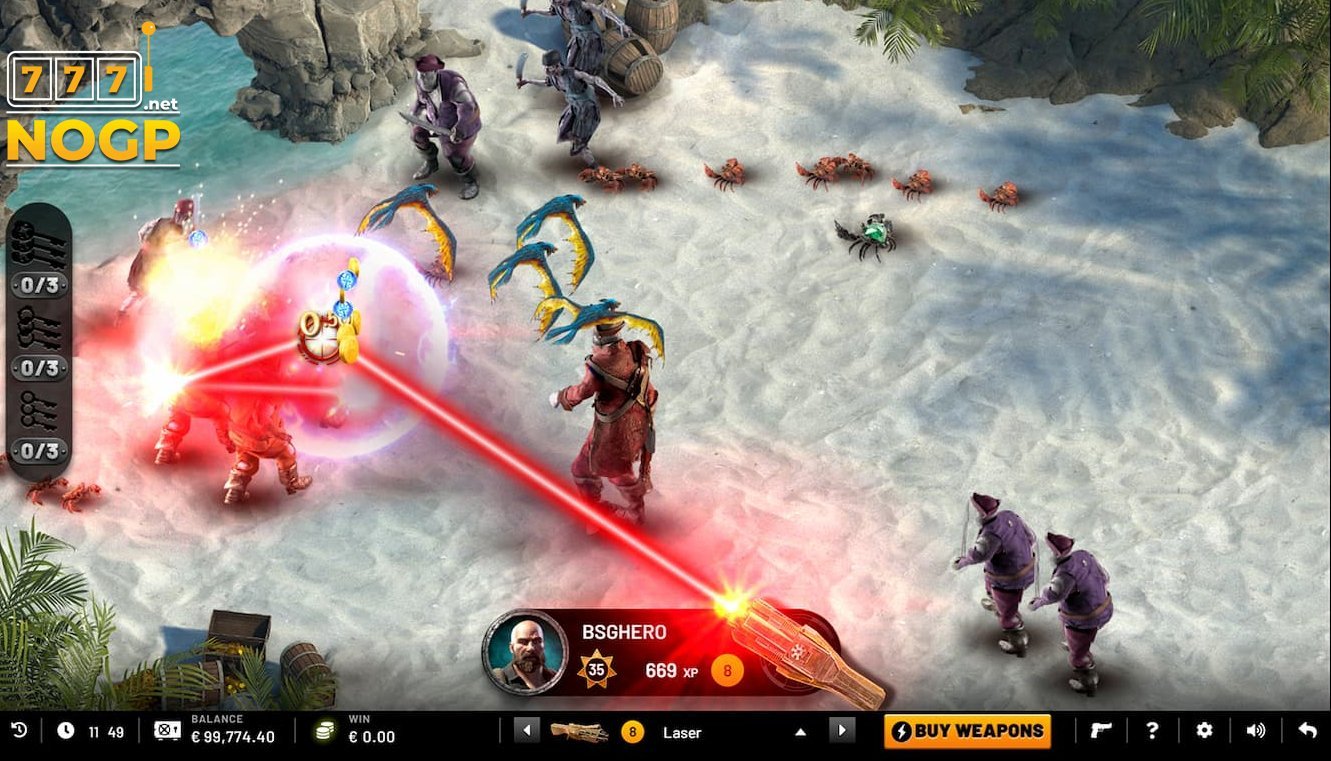 Weapons in the game.

After you select a cost per bullet in the lobby, you gain a standard weapon. In addition to the standard weapon, enemies may drop special weapons, which are more powerful and will do more damage. You also have the option of purchasing weapon chests that contain special weapons. The special weapons are most effective when used against strong enemies or a group of enemies.

Chronologically sorted by their power, the list of weapons is the following: pistol, rapid-fire pistol, shotgun, machine gun, grenade, mine launcher, rocket launcher, plasma rifle, laser, railgun, flamethrower, cryogun, and artillery strike. All weapons have a chance to land a critical hit, Every critical hit will apply a multiplier.

With every enemy that you destroy, there is a chance of triggering a legendary boss. During the battle, the legendary boss will drop random rewards as it takes damage. Large prizes are in store for the players every time they beat a legendary boss. Captain Blackbeard, Aluren the Siren, and Leviathan are the 3 legendary bosses in the game. 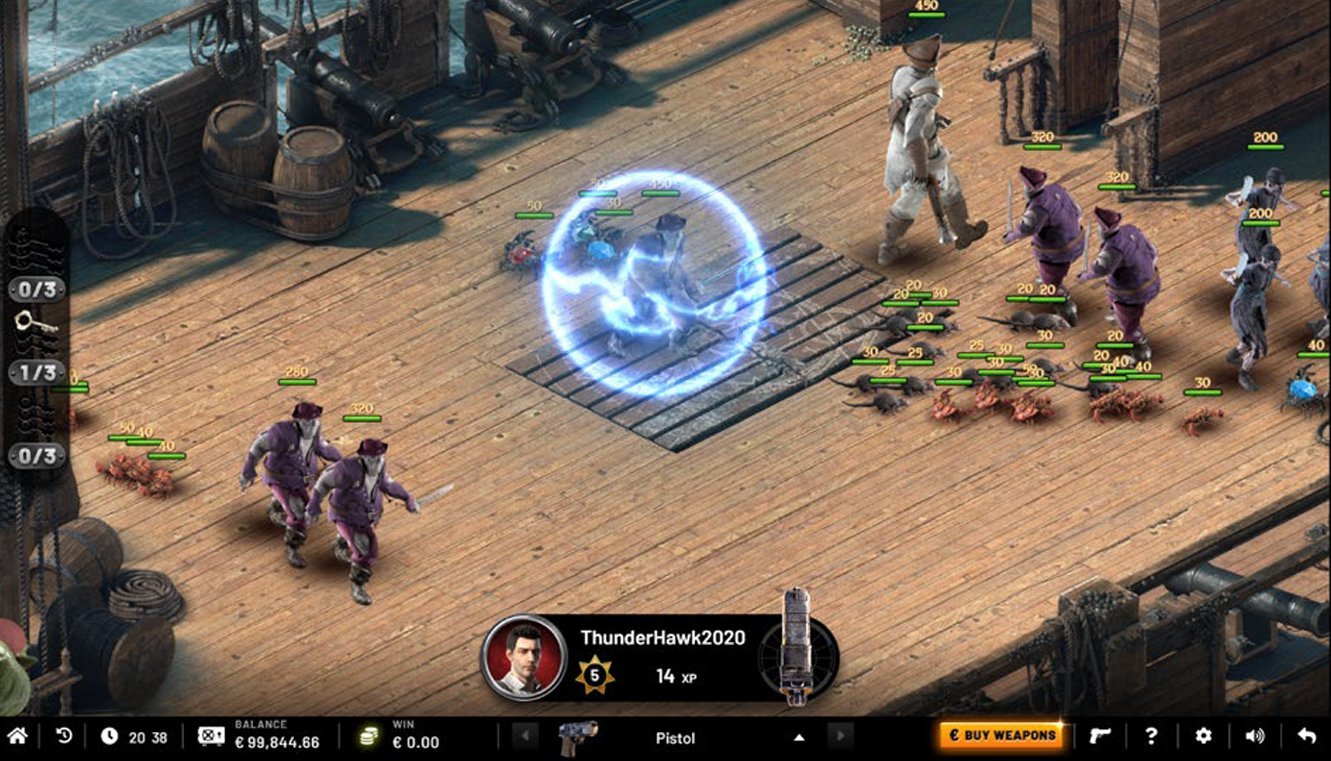 Another map in Dead Mans Cove.

There is no doubt that Max Quest Dead Mans Cove represents the future of online gambling, Betsoft has found a way to connect the traditional type of gaming with casino gaming and create a perfect middle where players will enjoy the biggest benefits from both types.

Furthermore, this game also requires a bit of skill and game intelligence, which makes it even more fun and exciting to play. Interesting and unique rewards are in store for the players, the graphics are top-notch, and we do not doubt that Max Quest Dead Mans Cove is one of the games that will revolutionize the online casino industry.