Experience wealth and royalty by stepping back into Imperial Russia with Golden Tsar video slot game. Golden Tsar will be among the latest releases by one of the world’s most reputable game providers – Red Tiger Gaming. It is set to appear on all online casinos powered by Red Tiger on October 22, 2020. Bonus features, Free Spins, and fantastic gameplay are just a few of the things that deserve a mention. Let’s check out the details surrounding Golden Tsar.

How does Golden Tsar slot work?

Golden Tsar is a six-reel, four-row 30-payline video slot game. Playing this game is fairly easy and simple. You just press the spin button and wait for a winning combination to appear. There are a total of 30 winning combinations and the game has an RTP rate of 95.77%. The volatility rate is also high. The game is playable from £/$/€0.10 up to £/$/€40 per spin.

Before spinning the reels, you select the bet amount. Since this game is still not released, Red Tiger Gaming is yet to announce the minimum and maximum bet limits. What we do know is that the maximum payout is 1,936x your stake.

Selecting autospins is also an option. With this option, you set the number of spins that you would like to go back-to-back. Setting a loss limit is required, but you can also set the autospins to stop after a certain amount is won. 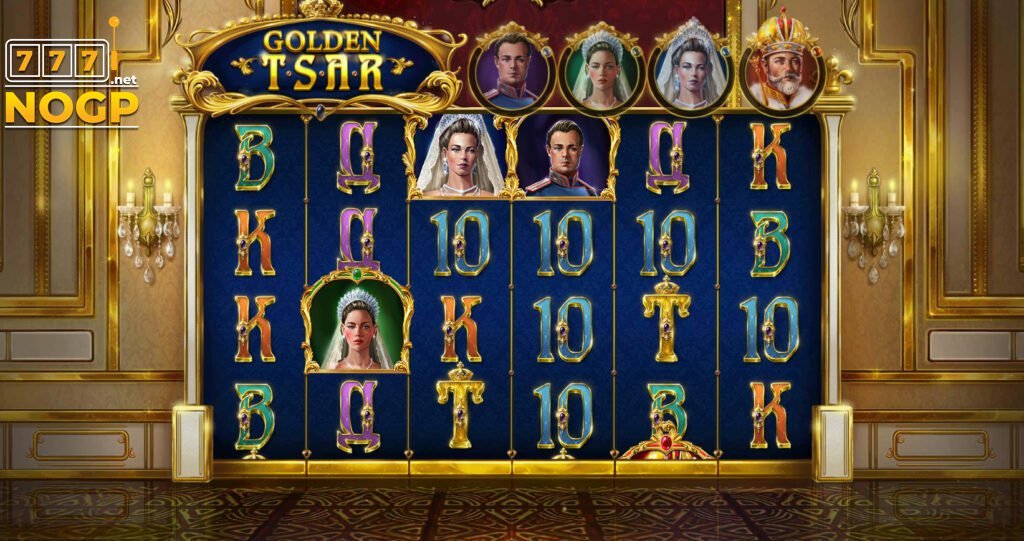 4 meters that correspond with the 4 premium symbols can be seen above the reels. Fill the progress meter to any of the 4 royal family members to expand each of their respective symbols to a 1×4 Super Symbol. In doing so, you are supercharging your wins. It is worth to mention that Super Symbols pay the player if they land anywhere on the same win line.

Golden Tsar is a slot game that features Scatter symbols. They come in the shape of Golden Eggs. Landing 3 or more Golden Eggs will trigger the Tsar Spins feature. The progress meter of a random member of the royal family will be filled for the duration of the bonus round.

Finally, number 10 is also featured. It is the lowest-paying symbol in the game and its max payout is £/$/€90.

From what we’ve seen, Golden Tsar seems like a decent slot game. One of the things that we loved the most is the attention to detail when it comes to the gameplay. Not only does the game feature HD graphics, but the symbols also represent Eastern European monarchies pretty nicely.

Red Tiger Gaming even went a step further and made sure that the letter symbols are Cyrillic, which is a nod to the alphabet of most Eastern European countries today. Furthermore, the symbols have pretty good payouts and they are extremely rewarding.

Tsar Spins and Royal Expansion are pretty nice bonus features in this game and will add excitement and entertainment to the players.

The one thing that we kind of dislike in this game is the RTP rate. Golden Tsar has a 95.77% RTP, which is a bit below the average. To put the percentage into perspective, the average RTP of all online slot games is around 96%.

What is the max payout in Golden Tsar?

The max payout for Golden Tsar is 1,936x your stake.

Does the game have bonus features?

Yes, there are 2 bonus features – Tsar Spins and Royal Expansion.

Where can I play this game?

This game will be available on all online casinos supplied by Red Tiger Gaming.

If you want to play the Golden Tsar slot, you can do this at all Red Tiger Casinos. Below I have placed NOGP’s top 10. These casinos are the best in the tests of our casino experts. You can of course also try one of my favorite online casinos. Try Ultra Casino, Mega Slot Casino, Casino Lab, Casino Planet or Neon Vegas Casino for example. Prefer to play somewhere else? Check out the top 10 below.