How does the Beat the Beast: Kraken’s Lair slot work?

The game is played on five reels, three rows and has 9 paylines. The game can be played on any device from £/$/€0.10 to a maximum of £/$/€100 per spin and has an RTP of 96.12%. Beat the Beast is a simple video slot and has only two features: the Bonus Game feature and Expanding Win feature. The Kraken Emblem symbol functions as both a Scatter and a Wild symbol. As soon as this symbol is part of a winning combination, the Expanding Win feature is activated. The symbol that has the winning combination will then spread over the entire reel. A winning combination is from two identical symbols from left to right on a payline. 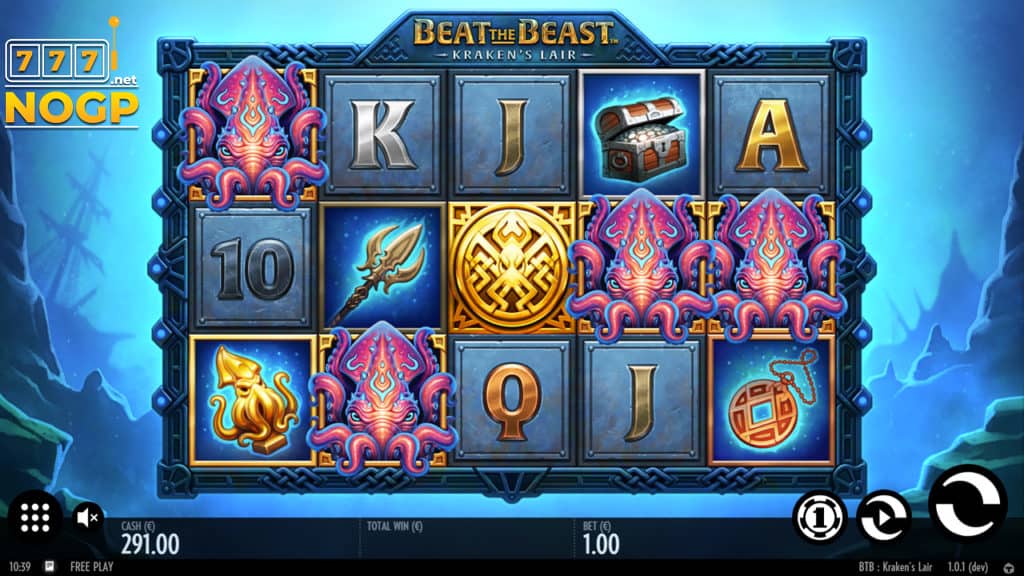 Kraken’s Emblem symbol functions as Wild and as Scatter symbol 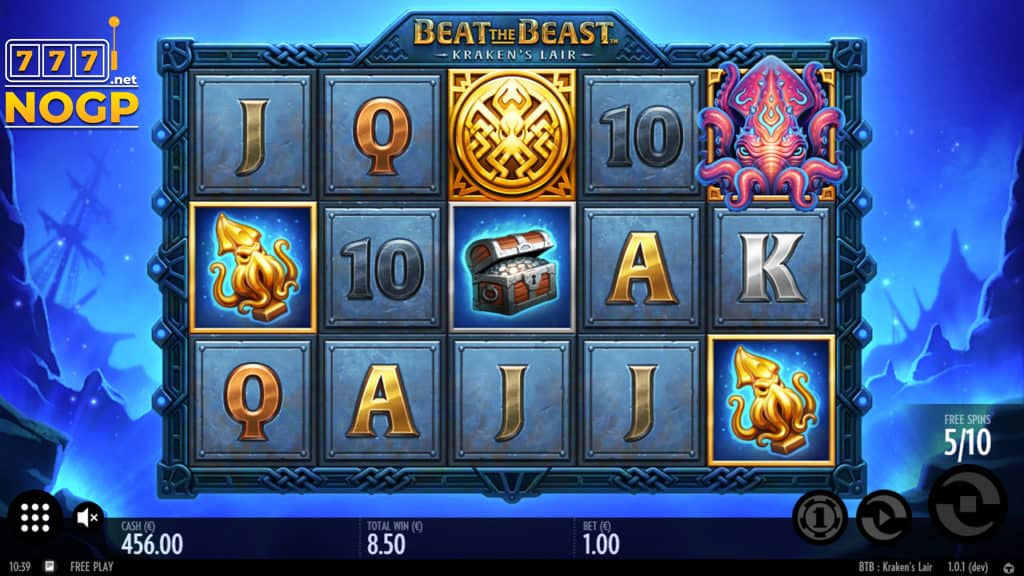 A screenshot with the Bonus game feature activated

Symbols and symbol value of the Beat the Beast: Kraken’s Liar slot.

In addition to the Kraken Emblem symbol, the Beat the Beast: Kraken’s Liar video slot has ten regular symbols represented by the Kraken, Golden Kraken, treasure chest, pendant and a trident. The low symbols are represented by the map symbols A, K, Q, J and 10. The values of the symbols can be seen in the table below.

It is not the level that we are used to from Thunderkick. If you like a simple video slot, then Kraken’s Liar is definitely for you. The features are self-explanatory and do not need any explanation. Graphically it is not the nicest Thunderkick slot. You can win up to 7777 times and that is quite high for a simple game like this. We give Kraken’s Liar 3.2 out of 5 stars.

If you want to play the game you can do so at our licensed and accredited Thunderkick Casinos. As you are used to from us you will find our top 10 again in which Kraken’s Lair can play. Our favorite casinos with Thunderkick slots are CasinoChan, Spinia Casino, Bob Casino, Hyper Casino, Spinamba Casino, Chilli Spins Casino, No Bonus Casino, Maneki Casino, CasinoCasino, Yako Casino or Casumo Casino. If you prefer to gamble somewhere else, you can view the list below.