Dark clouds, thunder and lightning, heavy storm. These are some words that describe Thunderkick’s Riders of the Storm video slot. It also promises a lot of wealth that can be found among the dark clouds. It took a long time before this new release of Thunderkick was announced. The previous release: the Raven’s Eye slot was already in June 2019. Thunderkick’s Riders of the Storm video slot can be played from September 11, 2019 at our accredited Thunderkick Casinos. The advantage of this software provider is that they only release high-quality online slots. They take months to surprise us again. So we are very curious about the Riders of the Storm slot machine. So let’s move on quickly with our video slot review.

How does the Riders of the Storm slot machine work?

Riders of the Storm is played on a 5×3 playing field and the ´Win-all-ways´ mechanism is used. This means that there are 243 ways to win. The game can be played on any device from £/$/€0.10 to a maximum of £/$/€100 per spin. In the basic game the Mystery Wild Reels feature can be activated at any time. When this happens, up to four reels will transform into “Wild Reels“. These are reels that are completely Wild. There is also a Bonus Game feature with four different types and a Walking Wild feature. We will explain the entire feature below. 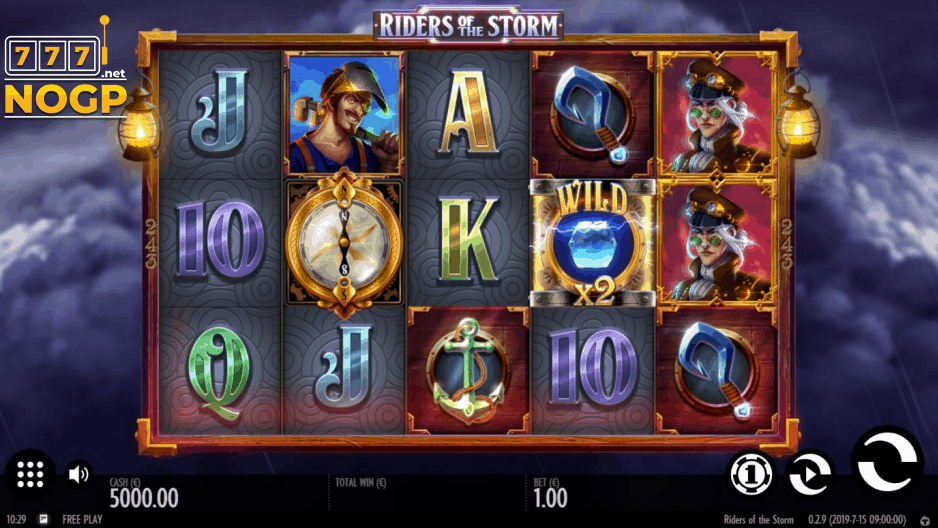 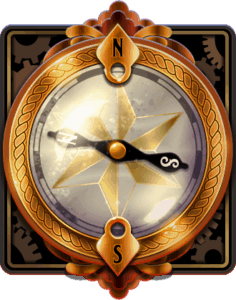 The Bonus Game feature also called free spins feature can be activated by landing three or more Scatter symbols. Before the feature actually starts, the player must make a choice between the three main characters: the mechanican, hunter or captain. The player can choose the Random Bonus Game. The choices have a different number of free spins and multipliers: 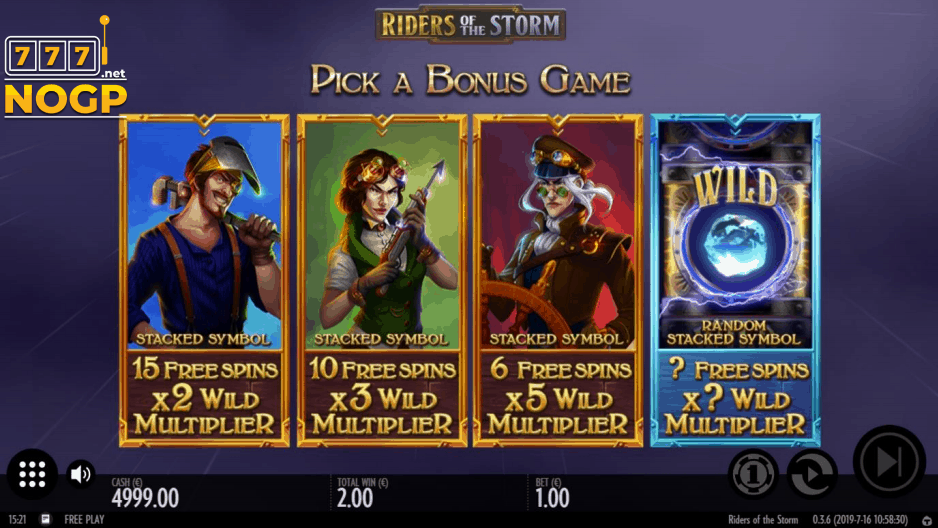 The screen that you get before Riders of the Storm’s Bonus Game feature is started.

In addition to the Wild symbols yielding a multiplier, the Walking Wild feature is also activated during the Bonus Game. When a Wild symbol lands, a respin is assigned and the Wild symbol moves one position to the left. This repeats itself until there are no Wild symbols left in the playing field. As you may understand the Walking Wild feature in combination with the Wild multiplier yield a tidy sum. In addition, Riders of the Storm’s Bonus Game feature can also be reactivated by landing three or more Scatter symbols. The player will receive a random number of extra free spins with a maximum of 13. 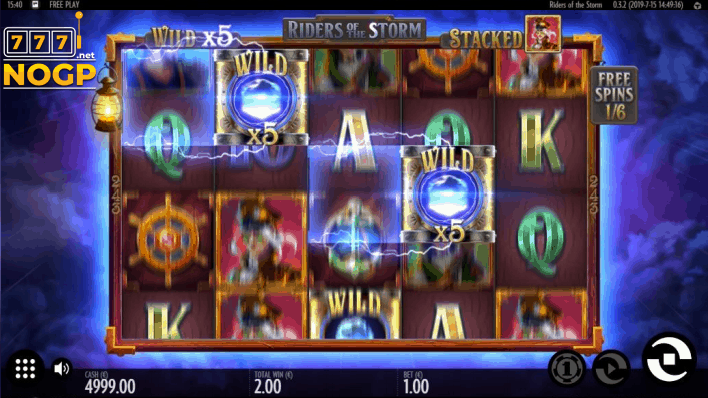 A screenshot in which the Walking Wilds are clearly moved

Symbols and symbol value of the Riders of the Storm video slot.

In addition to the Scatter and Wild symbols, there are also twelve regular symbols, including the aforementioned main characters, the captain, the hunter and the engineer, who are also the symbols with the highest values. The three middle ones consist of a wheel, anchor and hook. The six low symbols are the card symbols A, K, Q, J, 10 and 9. The values of the symbols can be seen in the table below.

Our Riders of the Storm video slot review

Riders of the Storm is a nice addition to Thunderkick’s game range. The long wait is rewarded. The Bonus Game feature, you can determine the variance: the more free spins the lower the multiplier on the Wild symbols. If you choose the maximum multiplier, you can win up to 26426 times the bet. This of course in combination with the Walking Wild feature which makes the Wild multipliers longer in the game. Graphically the game meets our expectations Thunder Kick. We give 4 out of 5 stars.

Play the Riders of the Storm slot machine.

If you want to play Thunderkick’s Riders of the Storm video slot, you can go to one of our accredited Thunderkick Casinos. That is why we have placed our top 10 online casinos below where you can play your favorite Thunderkick slots. In the list you will only find our best accredited online casinos such as EUSlot Casino, Simppeli Casino, Gods Casino, Luckland Casino, Casimba Casino and of course even more top casinos. If you prefer to gamble somewhere else, you can view the list below.