After the Narcos video slot, NetEnt launches the second “branded” slot of 2019. This time the topic is the legendary Conan. The world’s most popular barbarian has been the subject of countless films, books, comics and video games for years. A subject that NetEnt can turn into a beautiful video slot. Just like the films and series, the game has a Sword and Sorcery theme and can be placed between NetEnt’s branded slots such as Vikings, Jumanji, Planet of the Apes, Guns and Roses, Motörhead and Jimi Hendrix slot. NetEnt’s Conan video slot can be played from September 24, 2019 at our accredited NetEnt Casinos which you can find at the bottom.

How does the Conan video slot work?

The Conan slot machine is played on a playing field of six reels, four rows and 24 paylines and can be played on any device from £/$/€0.20 to a maximum of £/$/€200 per spin with a payout percentage of 96.28%. The Conan slot machine also uses the “Win-both-ways” mechanism. This means that a winning combination can be created with at least three identical symbols on a payline from left to right and from right to left. As you may have seen, the playing field is divided into three sections. Each section has two reels and is connected to a feature. For example, the Tower Wild feature can be activated in section 1 (reels 1 and 2). Section 2 (reels 3 and 4) has Mystery Symbols and section 3 (reels 5 and 6) has Battle Wilds. We will explain below how this works exactly. There is also a Linked Reels feature: the reels in the same section can synchronize each other at any given moment. The reels will then display the same symbols. Finally, there is a free spins feature in three different modes. We will also explain this feature in more detail below. 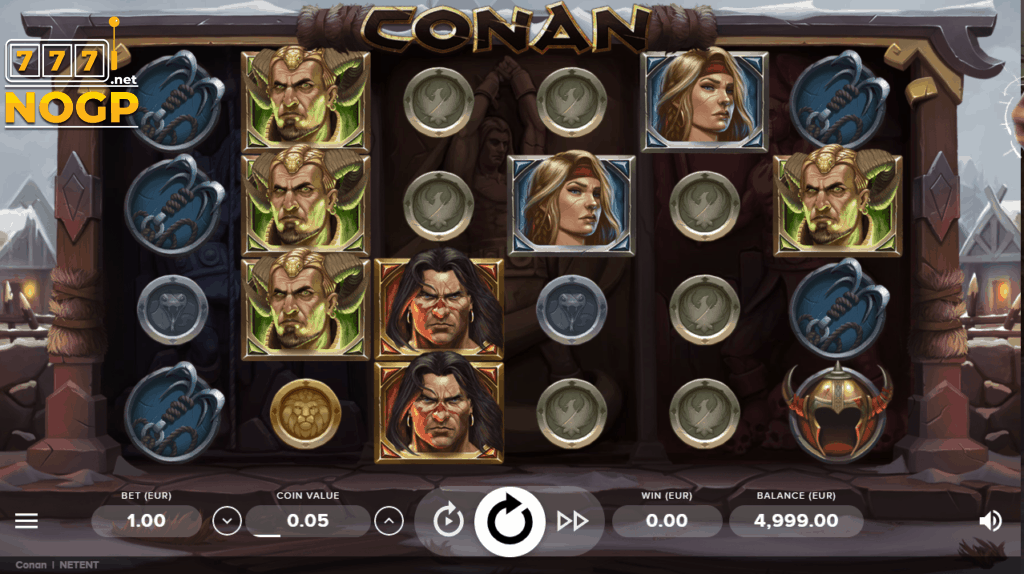 A screenshot of the basic game of NetEnt’s Conan slot 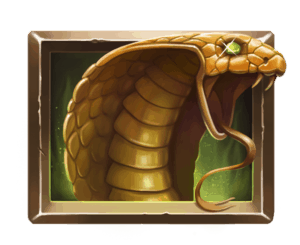 As we have written above, the Conan slot has three basic game features that are connected to one of the three sections. Below we explain how they can be activated and what they do exactly.

The Thoth Amon feature can be activated by fully filling reels 3 or 4, or both, with Mystery symbols and activating the Tower Wild or Battle Wild feature. Once this succeeds, three to six extra Mystery symbols are added to reels 2 to 6. 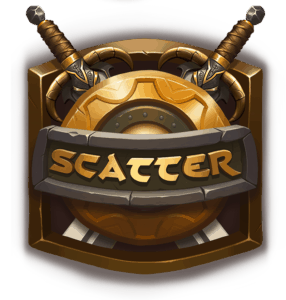 The free spins feature of the Conan slot machine can be triggered by landing three or more Scatter symbols. Three, four, five or six scatter symbols give respectively 10, 15, 25 and 50 free spins. Before the feature is activated the player will see three options:

During the free spins, up to six reels can be synchronized using the Linked Reels feature. 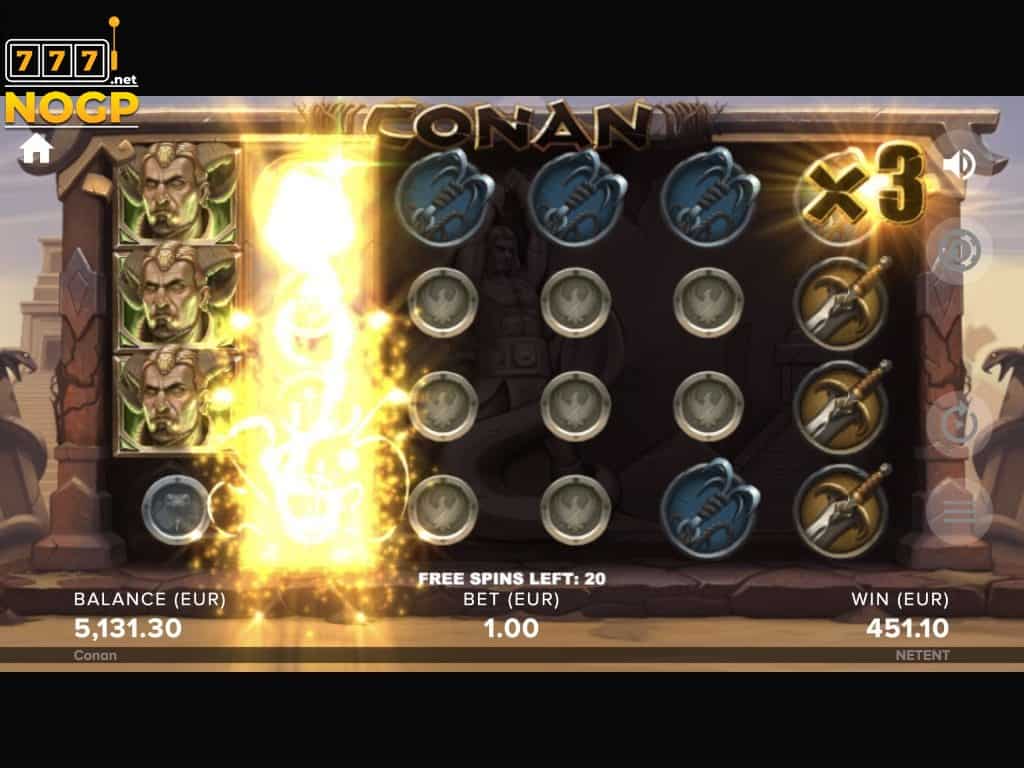 A screenshot where the Free spins feature is activated

Symbols and symbol value of the Conan slot machine.

In addition to the Scatter, Mystery and Wild symbols, the reels contain nine regular symbols consisting of coins with a snake, lion and falcon. There are also symbols of grappling hooks, swords and helmets. The three high symbols consist of Conan the Barbarian, his traveling companions Valeria and evil wizard Thoth Amon. You can view the values of the symbols in the table below.

The long-awaited Conan slot machine deeply disappoints us. Not only the stingy payouts, which with great luck can reach 1008 × the stake, disappoint us but also the entire gameplay. It seems that NetEnt cannot make much better than this chaotic slot machine. Yet we think there was much more to be done with an online slot with Conan as the subject and a Sword and Sorcery theme. We do not recommend playing this slot for real money because without the Mystery Multiplier there is only 144 × the stake to win. So there is a good chance that you will hardly have any profit. We give 2 out of 5 stars.

We do not recommend playing the Conan slot and choosing a different branded NetEnt slot such as Jumanji or Vikings. We have placed our top 10 accredited NetEnt Casinos below. If you still want to play the Conan slot machine you can go to one of these online casinos. Of course you can also play on other NetEnt slots at all these top casinos. In the list you will find casinos such as Casumo Casino, Mr Play, Playzee Casino, Casimba, Spin Station, Dunder Casino and GoProCasino. If you prefer to gamble at another casino, you can view the list below. You will also receive a wonderful welcome bonus when you register as a new player. You can read about this in our casino reviews.